In 1899 the streets of Rotterdam were filled with the voice of the paperboys.
Newspapers were the only media in the city at the time. They were the only ways to spread information about what was going on in the world. The newspapers were owned by the two most powerful men in the city and sold a penny a paper. The paperboys were often poor orphans and low-born children. The only way they could make money was by selling the newspapers. However, as creative as these guys were, their services were expanded.

In addition to selling the newspapers, they had a wide network that allowed them to arrange everything. It started small with extra services such as cleaning shoes, delivering groceries or washing the car, but soon it was possible to arrange tickets for sports matches through them, sometimes even booking restaurants, taxi service and so on. By switching quickly in their network, they could arrange everything via “the street”. They knew better than anyone what was going on, because they always heard the news first (they couldn’t read). If you maintained your network well and delivered what you promised, the customers would return. As a customer, you could always count on it being arranged and you got quality that suited you.

These little boys were entrepreneurs and were able to support themselves.

AroundTown has its own network comparable to the paperboys in Rotterdam. We quickly switch to an extensive Rotterdam network, getting you around. 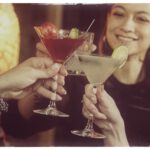