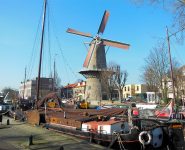 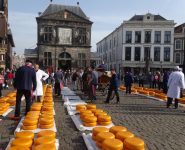 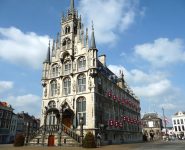 Gouda was founded in the eleventh century at the mouth of the Gouwe in the Hollandse IJssel. The settlement quickly became of great significance. The mouth of the Gouwe was extended to a harbor. The city mainly benefited from the busy inland shipping between Flanders and Holland. In 1272 Gouda received city rights from Count Floris V of Holland. Gouda developed into an important commercial and industrial center in the Middle Ages. In the fourteenth and fifteenth centuries, the city was plagued by major city fires. Many residents worked in the various beer breweries in the city. Moreover, there was a considerable cloth industry and pipes and platelets were produced. Gouda cheese, Gouda pipes and Gouda pottery were also exported and enjoyed great national and international fame. Gouda became the fifth largest city in Holland.

Walk through the authentic city center + guided tour with Sint Janskerk guide
Sint Janskerk: Whoever walks into Sint Jan falls silent when he sees the majestic space with the 72 world-famous stained glass windows. That experience only gets stronger when you see the wonderful light coming in through the “Dutch Masters”. It is the start of an impressive journey of discovery through Biblical and historical scenes full of human emotions. At 123 meters, it is also the longest church in the Netherlands.

Lunch
After a wonderful walk, a delicious Gouda 2-course lunch is of course a must!

Team building City game Gouda
The Game of Gouda is an interactive city game that allows you to get acquainted with Gouda and all its historical sights in a unique way. In this way, the assignments not only lead you past the best-known HighLights, but you also make several trips during the game to lesser-known, but certainly equally beautiful places in Gouda. Through the competition you get to know your colleagues a lot better! 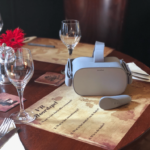 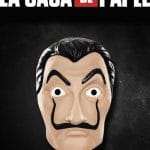 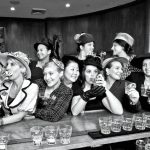 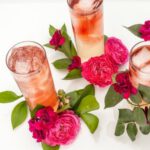